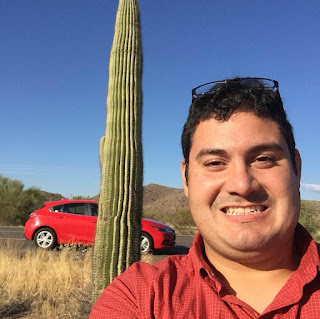 FBI arrested Charlton Edward La-Chase after the confirmation that he wanted to be the first Deaf terrorist and plan to behead one of his family members, then rent a platform truck to attack and kill people like that of Israel and also plan to buy a gun to shoot people at the event, and many more violent plans.

After a threat made to one of the family members by Charlton, they were scared and told one of the co-workers, who said her husband, who in turn, reported the incident to the US Coast Guard officer, the guard sent all the details to the FBI agents. FBI agents got involved and met the family members and interviewed her and saw all the evidence of text messages, some text messages read:

- "Fuck you. I'm going to rent a platform truck. I will kill or hurt people during an event because the terrorist group El told me. I am planning to be the first deaf soldier in EL. I will kill people like in New York City."

- "First deaf terrorist in the history of the United States. Like the Las Vegas man who shot 500. As Oma Marteen shot more than 100 LGBTs."

FBI also confirmed the number linked to Charlton, FBI agents found several videos related to the recruitment of the Islamic State and links with deaf people including a video of a deaf terrorist attacked by a group of Kurdish soldiers and they also confirmed that Charlton made an attempt to purchase guns but denied due to his psychological history. He is facing trial in a federal court in South Floria for threatening to injure a person.

Sometimes ago, he posted on his Facebook that he wanted to commit suicide, but luckily changed his mind after much pressure and advises from his Facebook friends and he has been arrested several times in the past. Some believe that he has a mental problem and others think that he is a violent nature.

We are appealing to the Deaf community, not to be part of terrorists or engage in violent ways. We are known to be peacemakers.
Posted by Cheeta at 11:20:00 AM