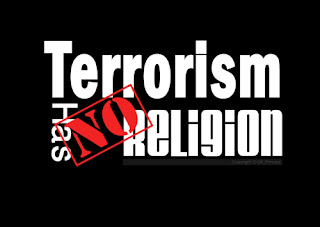 Since Boko Haram Group started in Nigeria few years ago, there has been a lot of comments that were trying to blame Muslim people for terrorism even when there was attacks in Mecca they also tried to blame Muslim people and recently when ISIS attacked Paris, instead of praying for the victims or doing something about it, a lot of people were busy blaming the Muslims for terrorism.


It is high time I should come out publicly to say that we all should quit blaming the Muslims. There are 1.6 billion Muslims people in the world right now, if Islam doesn’t really preach peace and love but breed terror, the truth is that we would all be dead before now. According to my research, the combined forces in total of ISIS, Boko Haram and Al Qaeda makes up of 0.003% of the Global Muslim population. If less than 2% of all terror attacks are carried out in the name of Islam. We have got more chance of being killed by a bee sting.

Incase you are curious if Islam really preaches peace then do me a favor by going to the shop and purchase the Qur'an then open and read the verses where you would see it preaches PEACE!!!