THE HISTORY OF DEAF AT WORLD WAR ONE 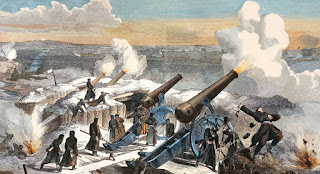 Its unbelievable that in 21th century Deaf or Hard of hearing people can't join the military, though they have their reasons for that because, with amount of hearing loss, one could die during the battle or raiding because they couldn't hear and that is understandable but when we go back to World War One, we will see that Deaf people actually joined the military indirectly by fighting for the country.

It was one of the deadliest wars that claimed millions of lives including Deaf people because a lot of them died when they walked on the roads or close to the military checkpoints because they couldn't hear the call or warning, so they were shot and killed in Europe that led the Deaf people to gather to work together, they built tools, fuses, etc. for war stuff, some even made bombs, guns, etc. to aid the war, it showed clearly that they want to serve for the country by joining military officially, but unfortunately they are still barred.

Doesn't military think that its better to allow Deaf people who are interested to join, at least they can do something else like making bombs, guns, etc. as it doesn't require hearing at all and after all they will fight for our country, its better than waiting till battle comes around and Deaf people with no experiences be pushed to join at the last minute.