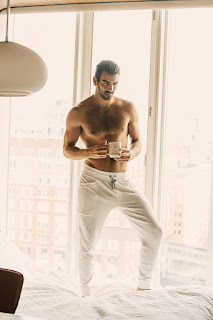 Meet Nyle DiMarco, who is an American Model, actor and Deaf Activist... Not that being a Deaf actor is new to me, i have met a lot of them, even the Deaf actor i know in Nigeria, his name is Richard Ezekiel but this particular Nyle DiMarco is a totally different person which i have been observing and following.

He has set out to make the Deaf community proud lately. Let’s do this way, in 2015, he was the first Deaf winner of The CW's America's Next Top Model Cycle 22. The following year, he won season 22 of the ABC televised dance competition Dancing with the Stars, with professional dance partner Peta Murgatroyd.

In one of his messages, he has been saying that he sees his deafness as an advantage in modeling because he is accustomed to conveying messages without speaking and i am glad to know that he also shares our belief that Deaf roles should be played by Deaf actors.


WHISPERING: He is so handsome and an athlete!!! Follow him up...