The only Deaf Governor in Nigeria: Gov. Umaru Tanko Al-Makura 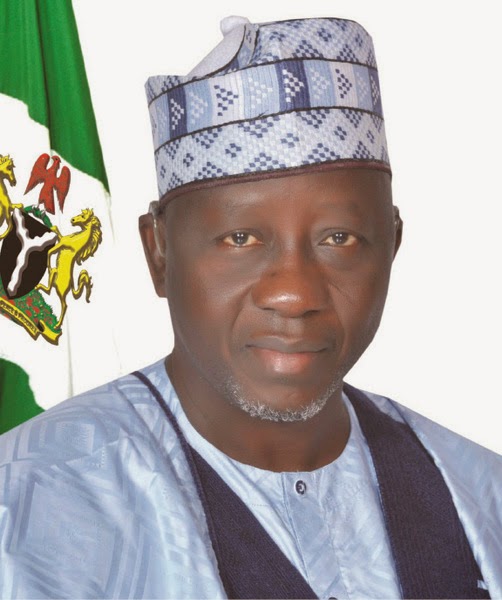 Gov. Umaru Tanko Al-Makura is the only deaf governor in Nigeria and possibly in Africa

He was born in 1952 in Lafia, Nasarawa state, he attented Dunama Primary School, Lafia, he also went to Keffi Teacher's College and then Government Teachers College of Education, Uyo and he then went to Ahmadu Bello Unversity, Zaria, studying Education/Sociology.

Al-makura became the youth leader of the National Party of Nigeria (NPN) in the old Plateau State in 1980. He was elected to the constitution Assembly of 1988–89, representing the Lafia–Obi Federal Constituency of what is now Nasarawa State. He was state secretary of the National Republican Convention (NRC) party in Plateau State from 1990 to 1992. Al-makura was a founding member of the People's Democratic Party (PDP) in Nasarawa State in 1998.


He began his foray into politics from his student days in Uyo, which continued in ABU, Zaria, culminating in his election as NPN Youth Leader of the then Plateau State in 1980. Al-Makura was one of the founding members of PDP in Nasarawa state in 1998. He defected to the CPC in 2010 and contested in 2011; ousting the then incumbent PDP governor of the state Aliyu Akwe-Doma. Nasarawa is the only state in the country which succeeded in electing a Deaf Governor under the platform of the Congress for Progressive Change (CPC) to replace the PDP incumbent. The CPC is a leading opposition party that stands for integrity, social justice and good governance and with the election and hopes for Nasarawa which exemplifies diligence, accountability, exemplary leadership and judicious use of government funds were hinged on Umaru Tanko Al-Makura from May 29, 2011.

A little story about him

He was hearing by birth, he even grew to adult life and became a father with his hearing intact until
something happened to him and his sons in 1990. They got sick with typhoid and they were diagnosed wrongly and got wrong medication too in line with the diagnosis. That caused him to be completely deaf for 20 straight years. His first son died of the effect of the wrong medication but his second son named Mr. Abdul was luckier but he was not spared though, he became deaf too like his father, he was four years old then. It was hard for him to manage his son of that age that had not started schooling then. His son was later sent to the United States of America (USA) where there is availability of facilities to make sure he got education.

It was between 2010 - 2011 he found an alternative, he started wearing hearing aid after 20years of living in a silent world, and now his eardrum is completely replaced with an electronic eardrum to enable him hear through the device he wears, its called cochlear implement. Though He reminds that the device is so much reprieve but far from perfect or adequate alternative to natural hearing without defects.

When he became deaf and he battled it for over 20years before he got some respite, he was never deterred or weighed down, he had made deaf community know that they too can conquer disability because even when he was deaf he still contested and won political offices, even before he became governor, his deafness has never stopped him from doing well in business. He made a statement when hosting so many people to a reception for his son's wedding in Abuja that "the ability does not stop one unless one intentionally decide to stop"

Even when he used hearing aids, he did not allow anything to limit him before performing as Governor, he had to co-opt his younger brother into his team of close aides. The brother and another aide go with him, sit around him whenever he is with people. Their job is exciting and wonderful. Because Gov. Al-Makura first explained that there are things you say he might not pick out clearly, he has them handy at all times and that role, they dutifully handled. He also explained very often that: “I don’t hear perfectly with this, especially with the public address system when it is used in address, the sound becomes so high for the device to fix and interpret for my hearing. So, I often go with my two aides, including my brother to help out.” That is exactly what the duo does because every now and then, they slot in pieces of papers or put in words to come to his aid.

His deafness has not stopped him from identifying the problems of his people and solving them as much as he can. His state is the poorest state on the federal allocation rating and they have done well with what they have. He inherited a heavy debt burden, but He has paid over N32 billion with just about N2 billion more outstanding. In all these, He has kept to the rule of running the state without taking a single loan. He manages the state within the available resources and still they have done things for the people to see. So, disability is just that, depending on how you handle it.”

He has sponsored more deaf people for Leadership Training in the US. He remains on his position that the disabled should be encouraged and empowered also to live a meaningful life.
Posted by Cheeta at 7:41:00 AM