HUMAN-MADE VIRUSES: CORONAVIRUS! WHAT ARE THE MOTIVES? 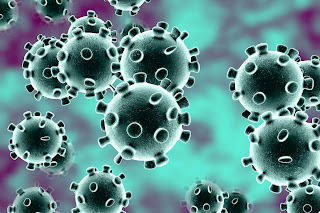 When the world was created, there was nothing like viruses such as HIV, FLU, NILE, EBOLA, ZIKA, etc. but in the new century, many viruses have popped up and I studied how things were unfolding carefully. I have concluded that these viruses are human-made, and I am sure those highly talented people did it, but what is the motive behind all this?

Ok, let us go into the Ebola virus breakout. I was in Nigeria at the time and the news of Ebola was spreading faster than any news in history, it reached every part of the country including villages and I took my time to study; several researchers confirmed that it was created from a lab and injected into humans to kill and reduce the population (or probably wipe off the population, as some people said).

Shortly after, there was news of funds coming in to help find a cure for the virus, several sources said that presidents and big companies, including big people, donated billions of dollars to fight against the virus and then all of a sudden scientists announced that they had found the cure, I mean they found the new medicines that can kill this virus and guess what? They got away with funds donated and became billionaires overnight.

LOOK AT THE PATTERNS!

As far as years ago, as I can remember, it was starting in 2002 where the Nile virus came surfing. It continued into sar virus in 2004, bird flu in 2005, swine flu in 2009, ebola virus in 2014, zika virus in 2016, and now this period in 2020 where coronavirus surfaced. It is seen in several sources that coronavirus was created from a lab by a set of scientists at Wuhan in China.

Now it is being spread across the world. Recently in America where President Trump announced to get funds of 2.5 billion dollars while Democrats want the amount to be 10 billion dollars to fight against coronavirus. Even in Nigeria, they are already budgeting hundreds of millions of naira to fight viruses, and all over the world are doing the same.

After hundreds of billions of money from all over the world are budgeted, we will see discovery from the scientists that they have found new medicines to kill this coronavirus and we will see that all the monies are going into purchasing of drugs where these scientists will walk away and become billionaires overnight.

Repeat strange virus will keep coming up again by those scientists who will create in their hidden labs as the years go on that is the only way for scientists to make such money without having to work all years.

As a special educator, remember common human cannot create those viruses; highly talented people did it. We should gather highly gifted and talented children and leave no one behind, then bloom them into doing something positive that will transform the world. It is because there is a high risk of leaving such gifted and talented children idle or neglected. As usual, they will use their God's gift and talents into something negative and create problems for the world which requires the same level of highly talented people to solve the problems.
Posted by Cheeta at 3:45:00 PM