THE FORGOTTEN HERO'S PAST: DR. PETER MBA, THE FATHER OF SPECIAL EDUCATION IN NIGERIA

Abraham Lincoln, a century and a half after his death, remains a folk hero and a legend - not only in the United States but across the world. President Lincoln isn’t just famous for his incredible exploits in the White House, he remains an idol and god among political scholars and students, including ordinary people and illiterates who believe that democracy, a system of government that has become so fashionable around the world, has been famously defined by Lincoln as “Government of the people, by the people, and for the people.” Abraham Lincoln still lives - 152 years after he passed on. So does Helen Adams Keller, the first Deafblind to earn a bachelor’s degree.

That’s among many, one of the most relaxed cultures of developed countries - they never forget their past heroes, including their labor and past. Year after year, America continually marks birthdays and anniversaries of their political statesmen, iconic faith leaders, including all of the accomplishments that they have made on behalf of all Americans and the entire world. 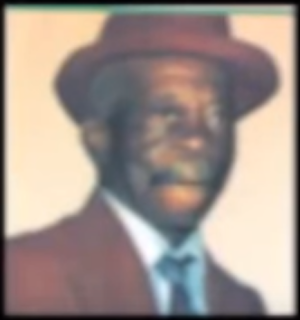 The Forgotten Hero's Past: Dr. Peter O. Mba
Well, sadly I regret to inform you all that Dr. P. O. Mba, a leading pioneer in the field of Special Education in Nigeria, is forgotten academia. Specialist students and academics in Special Education only see and hear much of Dr. Mba in the copious books and publications that he had made before he died a lonely man. Beyond these texts and papers in Dr. Mba’s name, nothing is seen or heard of him. Gracious goodness!

Although credits should give to Mr. Gier, who brought Special Education to the University of Ibadan when it started the running of the certificate course programme in the 1974/75 session, essential pioneering staff - chief among all, who initiated the curriculum of Special Education included Dr. P.O.Mba. He was the first acting Head of the department after its inception.

The Federal College of Education (Special), Oyo, the nation’s flagship federally-governed school with the most significant concentration of Specialized facilities for teaching and training of teachers of the handicapped in Nigeria established through the intervention and leadership of Dr. Peter. O. Mba. A high number of us, including students with Deafness and other disabilities, have found hope and inspiration in the four corners of FCE (Oyo).

Dr. P.O.Mba, sensing the unique roles that civic societies and advocacy organizations play in the life of the nation, he was a crucial figure in the establishment of various pressure groups including, among others, the Nigerian National Association for the Deaf (NNAD).

He was born in 1924. In 1949, Dr. P. O. Mba suffered an illness, he reportedly abused his medications and consequently became deaf at 25. He went to Gallaudet University, America’s premier university for the Deaf and Hard of Hearing. In 1972, Dr. P. O. Mba graduated with Ph.D. in Deaf Education. He became the first Deaf individual to earn a doctoral degree. Two years later, in 1972, the tremendous academic would return to his Fatherland to help with the design and development of education and social wellbeing of the Deaf community in Nigeria. Dr. P. O. Mba worked enormously with the likes of Rev. (Dr.) Andrew J. Foster, an Afro-American, Miss Allison, Dr. E. O. Adesokan, Professor C. A. Bakare, Dr. Ladipo, and Mr. Kuforiji many of whom all worked in the founding of the Department of Special Education at the University of Ibadan, Ibadan.

Despite all his tremendous successes and the amazing roles that he had played in the betterment of the resources and opportunities of the Deaf world, including other disability clusters - as seen in his brilliant books and publications, Dr. P. O. Mba was passed over as Professor and Emeritus Professor of Special Education in Nigeria. Not anywhere in the country or the establishments is the tiniest of statutes of the academic, not even a hall or a building named after him in any of the institutions that he had painstakingly helped designed. No one talks about him, nor are there well-written, related stories about him, not even in Wikipedia!

These scenarios further symbolize the embarrassing spectacle of the incredible hardships and injustices that are continually confronted by people with disabilities, in particular, iconic Deaf individuals who had gone out of their way to make our world a better place. Now, the torch has passed to us newest generations of the Deaf.

Dr. P. O. Mba is the most extraordinary figure in the history of Special Education in Nigeria. Failing or forgetting to acknowledge that is very, very dangerous to our equanimity of our inner conscience, as well as to our National Security.
Posted by Cheeta at 10:04:00 AM