Martin Luther King Jr. (1929-1968) was a Baptist minister and social activist who played a key role in the American civil rights movement from the mid-1950s until his assassination in 1968. 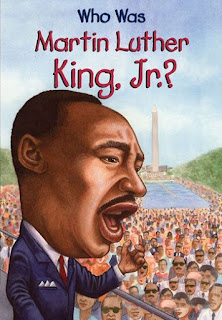 HERE'S A LOOK AT THE LIFE OF DR. MARTIN LUTHER KING, JR. 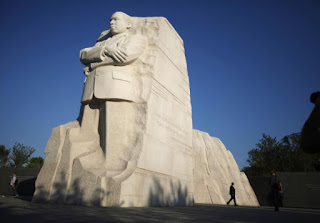 1948 - Is ordained as a Baptist minister
1954 - Becomes minister of Dexter Avenue Baptist Church in Montgomery, Alabama.
December 1, 1955 - Seamstress and civil rights activist Rosa Parks refuses to give up her seat on a bus to a white man, sparking the year-long Montgomery bus boycott. Within days, the Montgomery Improvement Association is founded to coordinate the boycott. King is elected president of the organization.
January 30, 1956 - King's house is bombed while he is at a meeting. His wife and daughter, home at the time, are uninjured.
1956 - After the U.S. Supreme Court rules that bus segregation laws are unconstitutional, the Montgomery boycott ends. King emerges as a national civil rights leader.
1957 - The Southern Christian Leadership Conference (SCLC) is established in Atlanta, with King as president.
1960 - Moves from Montgomery to Atlanta and becomes co-pastor of Ebenezer Baptist Church with his father.
April 1963 - King is arrested for leading a march in Birmingham, Alabama. While in solitary confinement he writes an essay entitled "Letter from Birmingham Jail."
August 28, 1963 - During the March on Washington for Jobs and Freedom, King delivers his famous "I Have a Dream" speech on the steps of the Lincoln Memorial. The demonstration is attended by more than 250,000 people.
1963 - Is named Time magazine's Man of the Year.
July 2, 1964 - King stands behind President Lyndon B. Johnson as Johnson signs the Civil Rights Act of 1964 into law.
1964 - Wins the Nobel Peace Prize.
1965 - Helps organize civil rights protests in Selma, Alabama.
August 6, 1965 - President Johnson signs the Voting Rights of 1965.
April 4, 1967 - King delivers a speech against the war in Vietnam in New York City.
December 1967 - The Poor People's Campaign is launched.
April 4, 1968 - King is assassinated in Memphis, Tennessee, by James Earl Ray.
1976 - The Senate Select Committee on Intelligence Activities releases a report stating that from 1963-1968 King was the subject of extensive FBI surveillance.
1977 - Is posthumously awarded the Presidential Medal of Freedom, by President Jimmy Carter.
1980 - The Martin Luther King Jr. Historic Site opens in Atlanta. It includes his birthplace, burial crypt, the Eternal Flame and Ebenezer Baptist Church.
1983 - President Ronald Reagan signs a law making King's birthday a federal holiday, to be observed annually on the third Monday in January.
1991 - The National Civil Rights Museum opens at the site of the Lorraine Motel in Memphis, where King was assassinated.
April 23, 1998 - King's assassin, James Earl Ray, dies in prison.
June 9, 2000 - The Justice Department announces the conclusion to an 18-month investigation. They find that there is no reliable evidence to support a conspiracy behind King's murder.
January 30, 2006 - Coretta Scott King dies at the age of 78.
June 23, 2006 - An Atlanta coalition pays $32 million for a collection of King's personal papers, to be stored at Morehouse College. 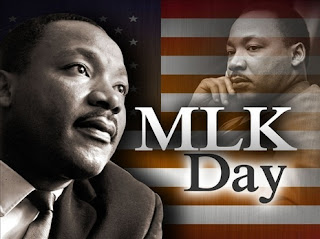