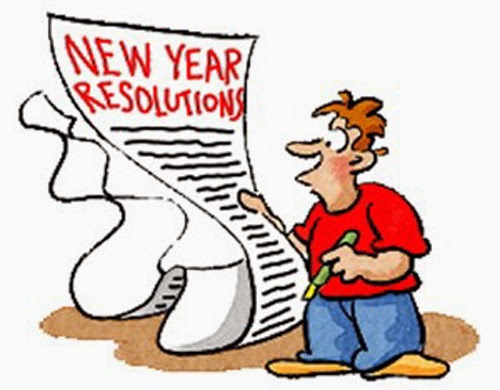 New Year’s Resolutions mean a promise that you make to yourself to start doing something good or stop doing something bad on the first day of the year. I am sure when it was December 31st, 2014 or January 1st, 2015, some people started making New Year’s resolutions but please cast your mind back to December 2013 when you found yourself in your worship places and wrote down your new resolutions for 2014. I am sure you also wrote some goals and you were so sure that when your goals were met your standard of living would change right? You would be able to build your dream house and drive your dream car at least.

Hold your thoughts there and see the movie of a Chinese guy on the same date who was also writing his goals but he was not in a worship center, it was just a discomfort of the fact that life could be better and faster that was driving him to write down his goal but unlike yours, his goal was a script or what some call a program which would make the world a better place because while writing his program he was looking at the population of the world and so sure that the entire continent in Africa would be able to use his invention for the next 20years to ease their communication. He never needed to pray as such, he only set a generational goal that would affect the entire world.

Let me introduce the 3rd scene in the movie and put yourself in the position of the almighty God who in his perception only sees man in his image not a religious man. He looks at the two of you and saw on one paper a quest to please self and improve a personal standard of living which is not a bad idea but only that it is the first stage on Maslow’s hierarchy and feature in no state on Jesus hierarchy because he warned against such (take no thought for your life what you shall eat, wear or
drive……..but seek ye first the kingdom). He knew once the Kingdom (anything that affects the good of the entire world) is a priority every other need would chase you pants down.  Now God looks at both sheets and saw one guy ready to take on the world and solve a major problem that would affect the globe irrespective of creed, culture, religion or race which looks like His nature of sending rain and air to all.

3 months into the new year the first guy was already frustrated because he doesn’t know how to realize his dreams so he prays a little and blames the economy of his country a little but the other guy sat on his table and was so diligent because even though the world saw global crisis all around that word crisis in his own Chinese language is the same word that means opportunity. So he sat on his table and was not distracted into running around and by August of the same year just by being a ‘Man that God noticed was Diligent in His business’ his latest phone/invention has gone all over the world unfortunately the first guy was among those that bought it and even shared a testimony about it because it was a big boy’s phone.

Dear Readers, the people that control the world don’t make New Year’s resolutions or set annual goals they set generational goals and their annual goal becomes a part of the script towards the overall goal. When you are making New Year’s resolutions or maybe goals, be sure it touches the mankind, be sure it affects the world around you and be sure you include the God or Allah you serve first.
Posted by Cheeta at 7:51:00 AM